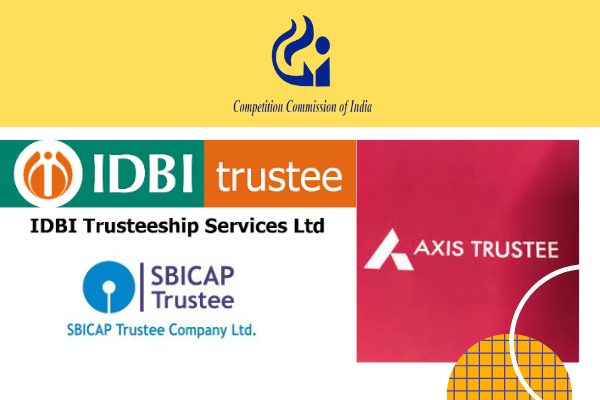 The Competition Commission of India said that the Trustees Association “substantially” increased the fee for assisting companies raising debt last year and prevented members from going below a floor price, harming competition.  The Trustees’ Association of India has launched a court challenge in Mumbai that seeks to repeal the antitrust investigation directive it has termed “illegal” and “capricious”. The antitrust probe and the impending court hearing, details of which have not been previously reported, could have an impact on India‘s nearly $500 billion corporate debt market by altering costs and affecting the way trustees operate.

Petitions by debenture trustees and the Trustees’ Association have made a jurisdictional challenge to the action by the CCI. The petitions contended that as Sebi is investigating the issue following a decision of the Supreme Court in the CCI vs Bharti Airtel of 2019, the regulator should hold its action in abeyance. The antitrust investigation was sparked by a complaint from Muthoot Finance, an Indian gold lending company. Muthoot received a costing estimate that was 300% more than previous rates when it intended to raise debt in August last year.

The Competition Commission of India highlighted that “such collective decision-making by the group harms market competition.” SEBI too questioned the debenture trustees regarding the indicative pricing being on the higher side. However, the Trustees’ Association said there has been a substantial increase in their costs due to significant increase in roles and responsibilities of debenture trustees.

Bombay high court on Friday ( 8th April 2022)  said that as the        Securities and Exchange Board of India (Sebi) is the sectoral regulator, it is preferable for it to form a prima facie view on a case pertaining to an ongoing investigation by the Competition Commission of India (CCI) on debenture trustees and their associations for alleged collusion on fees.

“We only note that as Sebi is the only sectoral regulator and has written to the CCI, it would be preferable and conceivably more in keeping with the decision of the Supreme Court if Sebi was given a reasonable chance in which to arrive at its prima facie view on the matter that is before it,” the court said.

Under the Competition Act, 2002,  where cartel conduct is established, the Competition Commission of India has the power to impose a penalty of up to three times the profit or 10 percent of the turnover of each participating enterprise for each year of continuance of a cartel agreement, whichever is greater. If an enterprise is a company, any of its directors or officials who are guilty are also liable to prosecution. While the CCI has not framed any guidelines or offered any sort of guidance on calculating penalties, the Supreme Court in Excel Crop Limited the penalty levied on multi-product companies to the turnover attributable solely to the product that was the subject of the contravention (i.e., relevant turnover). Further, the Supreme Court provided a two-step methodology for calculating penalties:

Contact us at the Maestro Legal office nearest to you or submit a business inquiry online.

The Bar Council of India prohibits law firms from soliciting work or advertising in any manner. By clicking on ‘I AGREE’, the user acknowledges and confirms that:

Maestro Legal is not liable for any consequence of any action taken by the user relying on material/information provided under this website. In cases where the user has any legal issues, he/she in all cases must seek independent legal advice.